Margo had found a house for her and her rescue dogs. The rent had surprised Margo. Then to boot, she didn’t have to get any furniture to fill the rooms. This was where she would be living for quite a time.

Margo was walking on cloud nine, she had found a place where she could live away from the city, and it’s crime rate. Margo, had told her friend Annie all about the move that was coming this Friday. Annie was so excited for Margo. She not had not seen the smile on Margo’s face, in a long time. Annie considered herself as Margo’s best friend, and was overly excited about the invite Margo had given her. This was a big change in Margo’s life, and to know Margo wanted Annie, to come visit her for a couple of days, was like giving Annie a special gift. Annie didn’t like the city either, but she would jump at the chance to move, to the country, in a heart beat. Annie thought, maybe if I’m really nice, Margo might just, ask me to move in and share the house, and expenses. Annie didn’t want to get too far ahead in her thoughts before the visit. She didn’t want to jinks it. Annie liked Margo, and considered her a very strong lady. The only thing that puzzled Annie, was that Margo never told her where the place was. Sure, she said, that the house was in the country, and the driveway was a very. That was Margo, who was a very private person. All in all Annie felt blessed to be invited to Margo’s place. 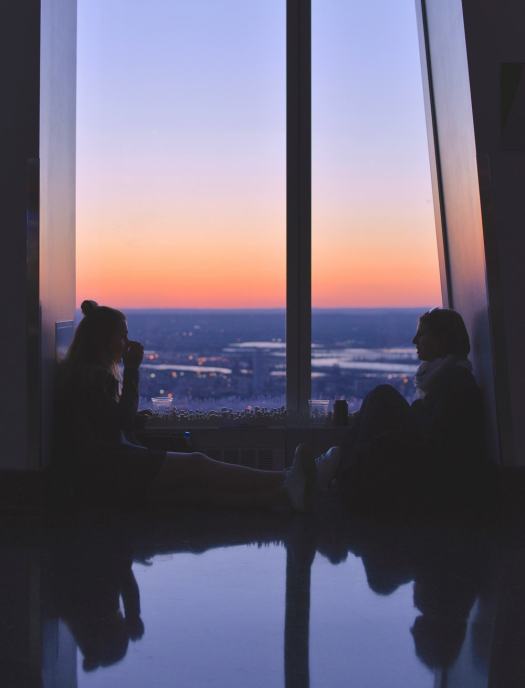 Friday had come, and Margo started packing her car with boxes, a few plastic bags with clothes in them, and of course her dogs. Margo would never leave her buddies behind. Annie was giving her a hand packing the car. Margo hugged Annie, when she was ready to leave. Whispering in her ear, that she would be back in a weeks time, and to be packed, and ready to go. Margo gave Annie a quick kiss on the cheek, and she was on her way to the country. The dogs had their heads out the windows, enjoying the cool breeze on their furry faces. Margo had some country music playing, as she tapped her toes to the beat. If you were with in ear shot of Margo’s car you could hear her sweet voice singing a long with the music. The trip was long enough, but Margo knew she would not have to leave her house for a week. For some reason that made the drive, all that much more pleasant. Margo had reached the driveway, she turned on her head lights, and started the long drive to the house. Margo could feel a calming feeling come over her. As she drove slowly past the twisted tree trunks, and tangled branches.

Margo would be approaching the house anytime. She could see the branches open up, letting the sun bath her face. The front of the house was right around the corner. Margo opened the car doors, and let her dogs out to run. Her dogs had never felt the freedom they would have, in the country. Margo took a deep breath in, then out. The air was so clean, there was no exhaust smells from cars, no smells of garbage at the curb, and no pollution. Good old farm air, with the faint smell of cows, and chickens. Margo would take this air over any other air, on the planet. Margo gathered her buddies together, and entered the house. The dogs immediately traveled around the kitchen sniffing everything they could see.  Margo drew the car as close as she could to the doorway. She opened the trunk and the doors, and started to unpack the car. Margo put all the boxes, and suitcases in the living room. Once the car was empty, Margo started the chore of unpacking. Margo was followed every time she moved. The dogs may have been a little uneasy in the new place, as Margo knew what they were going through. It was the greatest comfort Margo felt, when her dogs were with her.  It was time to go to the bedroom and put the boxes on the bed and unpack. Margo was hoping this bed, would hold all of them. She was hoping she not have to take a bed from another room, and set it up next to her bed. She would try tonight, and see how this worked out. Two of the dogs had climbed on the bed, and claimed their spots. Margo would be changing that arrangement, as she was the leader of this pack.

With everything unpacked and put away, Margo and her buddies headed down stairs to have dinner. Dinner was going to be a real treat for their first night in the new house. Margo had purchased two large steaks, some steamed rice, and vegetables for this evenings feast. As Margo prepared the food, she had an attentive audience watching her every move. She chuckled as she watch the dogs lick their lips in anticipation of the dinner being prepared. Things were just a about done, and Margo got six larger bowls, and one plate from the cupboard. As she moved the dogs eyes and heads moved in her direction. Margo got the kibble from the bottom of the cupboard, and put two cups in each bowl. She took one of the steaks, cutting it into small-sized pieces, and sprinkled a few pieces over the kibble. She took her steak out of the pan, placing it on her plate. She then added a bit of water to the drippings, stirred it around and poured it over each dogs dish. With a spoon she mixed each one together, and placed the bowls on the floor. With her okay the dogs started to eat. Margo put the rest of her dinner together then sat at the table eating. As each bite of her food went into her mouth, her audience watched. After dishes had been cleaned and put away, Margo gathered the troops, and headed outside for a walk around the property, and a game of fetch. It was a delight to see the dogs run free, and not be hooked to a leash. 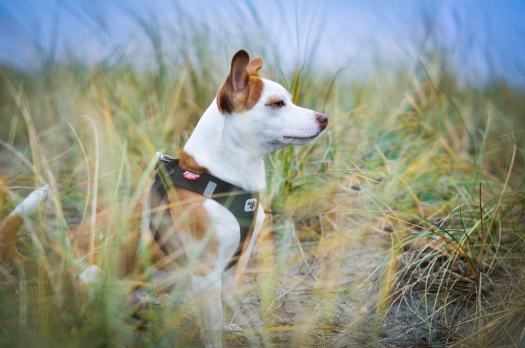 The sun was starting to set, when Margo arrived back at the house. It amazed her how dark it got when the sun went down. There were no city lights here, the only light were inside the house, and the one on the porch. Margo placed fresh water down for the dogs, and made herself a coffee. Margo took her coffee, and headed for the living room. The dogs had taken most of the room on the extra-large sofa. Margo placed her coffee on the coffee table, and turned on the TV. There wasn’t much as far as channels, but there was a good stock of movies to put in the VCR. “Yes.” “A VCR,” Margo said to the dogs. She picked the movie Benjy, and popped the tape into the VCR. Margo sat in the middle of six dogs, and took a sip of her coffee. The taste that hit her taste buds was amazin., She could not taste bleach or other minerals in the water. What a fantastic change from the city. The movie played on as Margo finally relaxed. The dogs took turns having their head on Margo’s lap. It was getting very late, and Margo was really tired. She took the dogs outside, then locked the doors, then checked them again. Margo climbed the stairs, and got ready for bed. The dogs were all on the bed waiting for their mom to join them. Margo climbed in the middle, and fell asleep. She woke with a start as she could hear snoring, really loud snoring in her ear. One of the dogs had his head on her pillow, and was snoring. Someone had their paw around her neck, and her legs played the part of pillows for the other dogs. When Margo woke to the bright sunshine had one dog over her head, another across her belly, and a head on her chest. It was hard to get them all to move so she could get up and let them out to do their business. The wind was warm and Margo could smell the scent from apple blossoms on the tree at the front of the house. Margo decided to have coffee on the porch, and watch the dogs play around in the grass. This was the life, and Margo was in love with this place.

Margo had a rather restless sleep, but she had move the other bed into her room today. Or, she would not be able to sleep better the next night. Margo had a pretty busy day ahead of her, but for now she just wanted to relax.

Tomorrow we will follow Margo and her dogs on a day of discovery.  See you then.

Take good care of those you love, and cherish them. Tomorrow is never guaranteed.”

I would like to say thank you to all my followers, readers, and new visitors for stopping in to read my stories. Thank You 🙂

“Have a wonderful Tuesday and enjoy the snow, and be safe out there today.”

Thank you to all the amazing photographers at Up Splash for their contributions.

Please, leave any comments or questions below. Thank you 🙂