After all those S’mors with chocolate and marshmallow, roasted and toasted over an open campfire. The Taylor family turned in for a restful nights sleep.

When morning came the rain was pouring down, and a bit of a wind had come along and tipped over the chairs left outside the motorhome. In the distance, you could see darker clouds forming, thunder could be heard from not too far off. Dad sat looking out the window watching the rain splash into puddle created by the downpour. The large drops looked like ducks playing in the water. 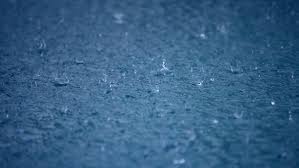 Mom emerged from the bedroom stretching and yawning. “Good morning sweetheart, what’s up?” She said. Dad turned to Harriott, ” you’re beautiful.” She smiled and kissed him on the cheek. “Is there coffee in the pot?” She asked. “Yes, I just made a fresh one,” Ron said. “I’ve been up for a while watching the skies and the clouds for quite awhile,” Ron said. “I don’t know how long this storm is going to last, and just how much rain we are going to get.” The clouds coming our way look pretty darn dark and thunder with lightning is behind those clouds. I think it’s best we say here and ride out the storm,”. Harriott was listening as he spoke. “Do you think it’s going to get worse than right now?” Harriott asked. “I hope not, at least we are in a good solid place, and the engine’s weight will keep us on the ground.” “Just make sure the windows are kept shut tight throughout the motorhome and the ceiling vents are closed too,” Ron explained.

Harriott scrambled around checking every window and vents to make sure they were closed. A gust of wind rocked the motorhome. Harriott gasped and spilt some of her coffee on the floor. The movement of the motorhome startled her, she sat down quickly. “Ron, what was that?” “Just a gust of wind nothing to worry about,” Ron replied.  “Do we get any weather channels on the television?” Ron asked. Harriott grabbed the remote and started to click through the channels they could receive. A weatherman came on showing pictures of dark clouds and lightning. His words rang loud and clear through the air. A town had reported a tornado touching the ground but soon disappearing into the clouds, so far no damage reported.

Harriott was nervous but tried not to show her emotion. Ron hugged her and kissed her on the cheek. “Don’t worry hun, we will be okay.” Aimie came tippy-toeing out of her bedroom, “Hi mom and daddy, I’m hungry.” she said. “We will get you something to eat, is cereal okay,” Harriott said, giving Aimie a big bear hug. Foster was still sleeping and there was no reason to wake him. Dad figured he would give another hour of sleep. Mom started to make breakfast for herself and dad.

The aroma of bacon frying filled the kitchen winding its way down the hallway under the door of Foster’s room. The smell tickled his nose, waving back and forth like campfire flames dancing on the wind. Foster stirred beneath the covers, the aroma kept enticing Foster. He sat straight up and inhaled deeply. “OH!” “BACON!” He was up and dressed in no time flat. He made his way over to mom and hugged her, “that smells so good, I’m really hungry.”

With the table set, breakfast on the table, Mom yelled, “Come and get it.”  It took no time at all for the plates to be empty. The fellas ate like they were patrons on the run, or late for work. The rain was still pouring down, and the dark clouds drew ever closer to the campground. Mom cleared the dishes, cleaned them and put them away. Dad kept an eye on the clouds and listened to the weatherman as he spoke. 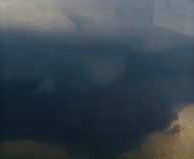 Crack, lightning hit a tree on the other side of the lake, smoke billowed towards the sky. The lightning flashed, as hail began to tap dance on the roof of the motorhome. Dad and Foster looked out the front windshield watching the hail bounce off the ground. The hail was the size of a lima bean, covering the ground with patches of what looked like snow. As fast as they came the hail disappeared replaced by the pouring rain again. The weather was really fickle, changing at a moments notice. The gusts of wind moved chairs and toys from campsites and objects could be seen rolling across the grass. 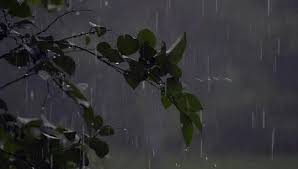 The power went out. Soon, the auxiliary power kicked in and the lights were restored. Dad could see the tent campers running for the shelter of the washrooms. The wind was playing havoc on what had begun as a great camping experience and changing the whole mood of the campground. Leaves were tossed around by the swirling winds, as the motorhome rocked slightly. It rocked like someone was trying to lift it up. A streak of lightning hit the ground not far from the beach area. The storm was here and showing it’s power. The rain whipped down the roadway hurling leaves as it went. A tree limb cracked and fell near a campsite landing across the roadway. 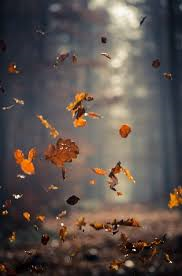 The furry of the winds slowly dwindled away, as the sun began to peek through the clouds. Was the worst part of this storm over or was there more to come?

Thanks for dropping by.

Be safe out there.